Several of the tallest buildings in Europe are located in London. This is why we have decided to present to you the several of the highest edifices that are situated in the capital of England.

Also known as the Shard of Glass, this edifice is currently the tallest building in the United Kingdom and the European Union. It was designed by the prolific Italian engineer and architect Renzo Piano and built from 2009 to 2012. The edifice was officially opened on the 1st of February, 2013 and since then has become one of the city’s most emblematic and recognisable structures. It is 306 metres tall and comprises of 95 floors. The 72nd storey of the building is home to an open-air observation deck that provides some of the best vistas of the English capital. 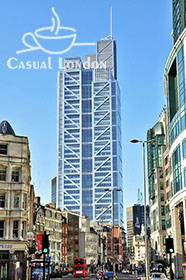 Heron Tower is officially known as 110 Bishopsgate and is a commercial building with a height of 230 metres (antenna included). The construction of this mammoth edifice commenced in 2007 and ended four years later in 2011. It was designed by the highly acclaimed American architectural firm, Kohn Pedersen Fox and has a total of 46 floors. Heron Tower is presently the third tallest building in London and is classified as a BREEAM edifice due to the fact that it is fitted with photovoltaic cells that generate renewable energy which powers the structure.

This majestic skyscraper is located in the district of Canary Wharf and is officially known as 8 Canada Square. It was designed by Foster and Partners and built from 1999 to 2002 when it was officially opened. As the named suggests the edifice serves as the global headquarters of the world famous HSBC Group. The building has a floor count of 45 and is precisely 200 metres tall which makes it the fifth highest edifices in the English capital. The History Wall is perhaps the most notable feature within the skyscraper as it showcases the achievements, values and history of the company throughout the centuries. 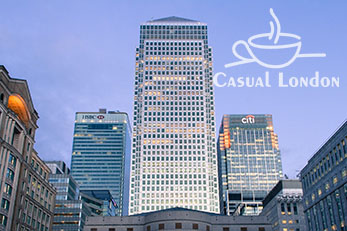 One Canada Square is another skyscraper that is situated in Canary Wharf. Until the construction of the Shard it was the tallest building in Britain with a height of 235 metres. The edifice’s main architect was Argentine César Pelly who based this design on mixture of the Elizabeth Tower and the World Financial Centre in New York, USA. The construction of One Canada Square started in 1988 and ended in 1991. The building of the edifice cost to its investors a total of £624 million. The structure has a total of 50 floors and is served by 37 lifts (32 traditional elevators, 3 freight elevators and 2 firemen elevators).

This is one of the newest edifices to be built in London. The building was officially opened during the summer of 2014 and is 225 metres tall. It was designed by Rogers Stark Harbor + Partners and cost £286 million to its investors. It has 48 floors and is classified as a high-tech, eco-friendly structure.

Other tall buildings in London: